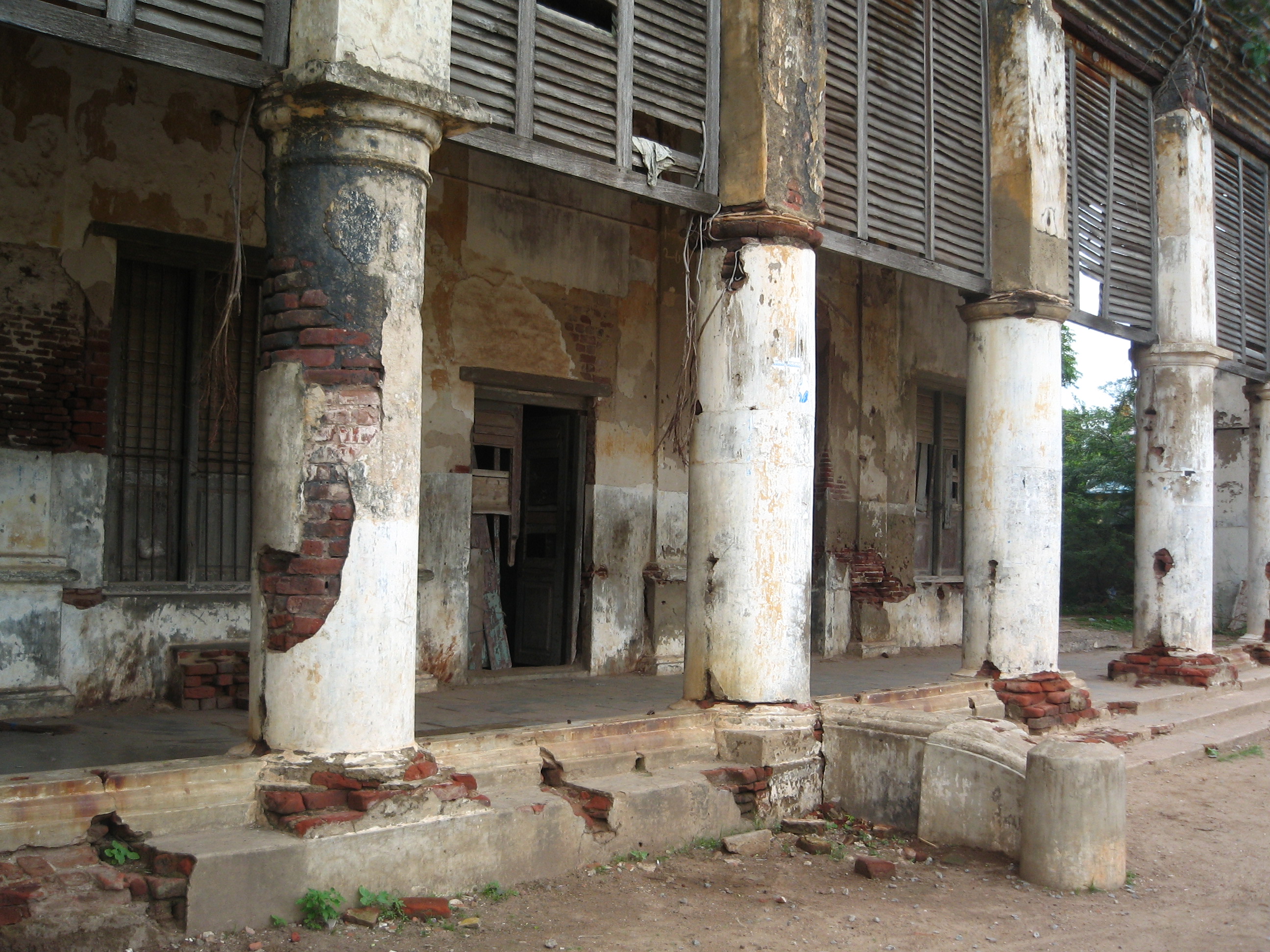 The former Danish governor's residence prior to restoration.