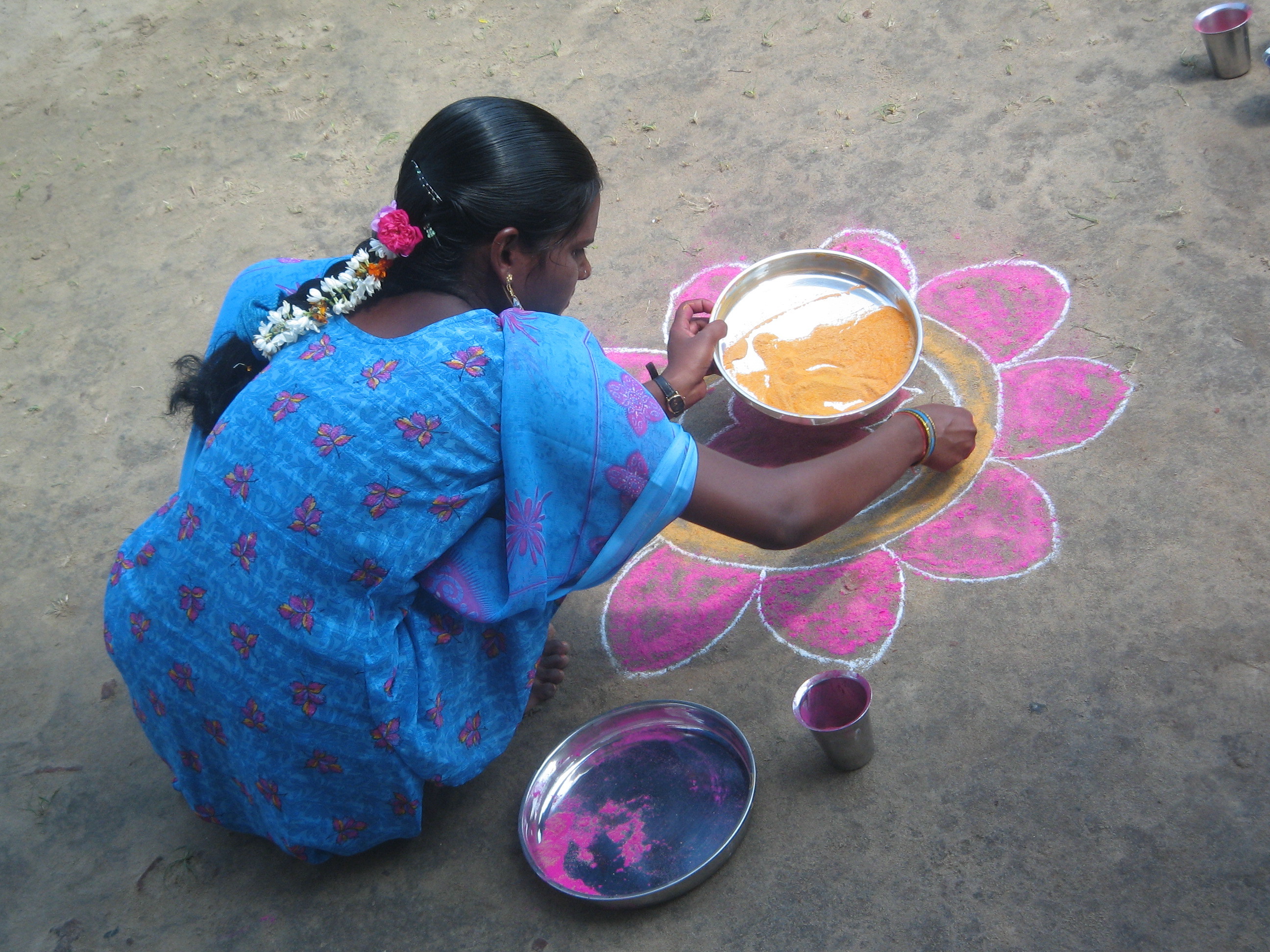 Kolam: A traditional pattern drawn in rice flour. Such patterns are often drawn at the entrance of a building, especially at festive occasions.